We’re happy to announce the addition to our KIDS COMIC CON family!

Jan is a graduate of the Mason Gross School of the Arts, Rutgers University (NJ), who now resides in Northern Arizona with his family and two cats.

He has exhibited at comic conventions from Phoenix Fan Fusion to New York Comic Con and serves as the acting president of the Northern Arizona Cartoonist Association (NAZCA).

His fun and cartoony style has a great retro feel and translates easily to the drawing demo classes that have been a staple at Verde Valley libraries and LibCons over the past five years.

Sean is a Writer, Artist / Cartoonist with an art style that invokes smiles and joy.  For many years he has exhibited across the great state of Arizona, creating art that has graced badges for special events, as well as company mascots for local businesses.

Sean’s passion for art extends to teaching children, and encouraging them to be creative, believe in themselves, and pursue their dreams.  With his workshops Sean doesn’t just teach art, he promotes acceptance, while encouraging personal growth for the future generation.

“What brings me more joy than anything”, Sean says with a grin,”is seeing the smiles that I have helped create through my art and presentations.”

He is currently working on two projects right now, one of which is writing and illustrating his own children’s book series called “Seany Poo”.

He lives in North Eastern AZ with his wife, two sons and daughter.”

Stay tune for more news as they bring comics and cartoon fun to the Arizona territory! 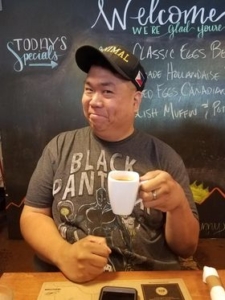 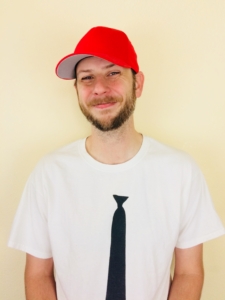